Limit of number of objects (volumes and meshes) for rendering Print

In Dragonfly 2022.2 and prior versions, there is a limit of how many objects can be rendered at the same time.

The limitation is not only based on the available video memory, but also on the number of textures that the graphic processing unit (GPU) can simultaeanously renders. The current limit for NVidia and ATI is 32. When we considers that a single volume requires a texture for the intensity, the lookup table, shadow map, depth map, etc, this vastly limits the number of volumes that can be rendered at once.

Fortunately, the upcoming new version (2023.1) will have a overhauled engine which removes the texture processing units limitation and the only limitation will be video memory (VRAM).  The following screenshot showcases a scenes with 12 volumes at once. 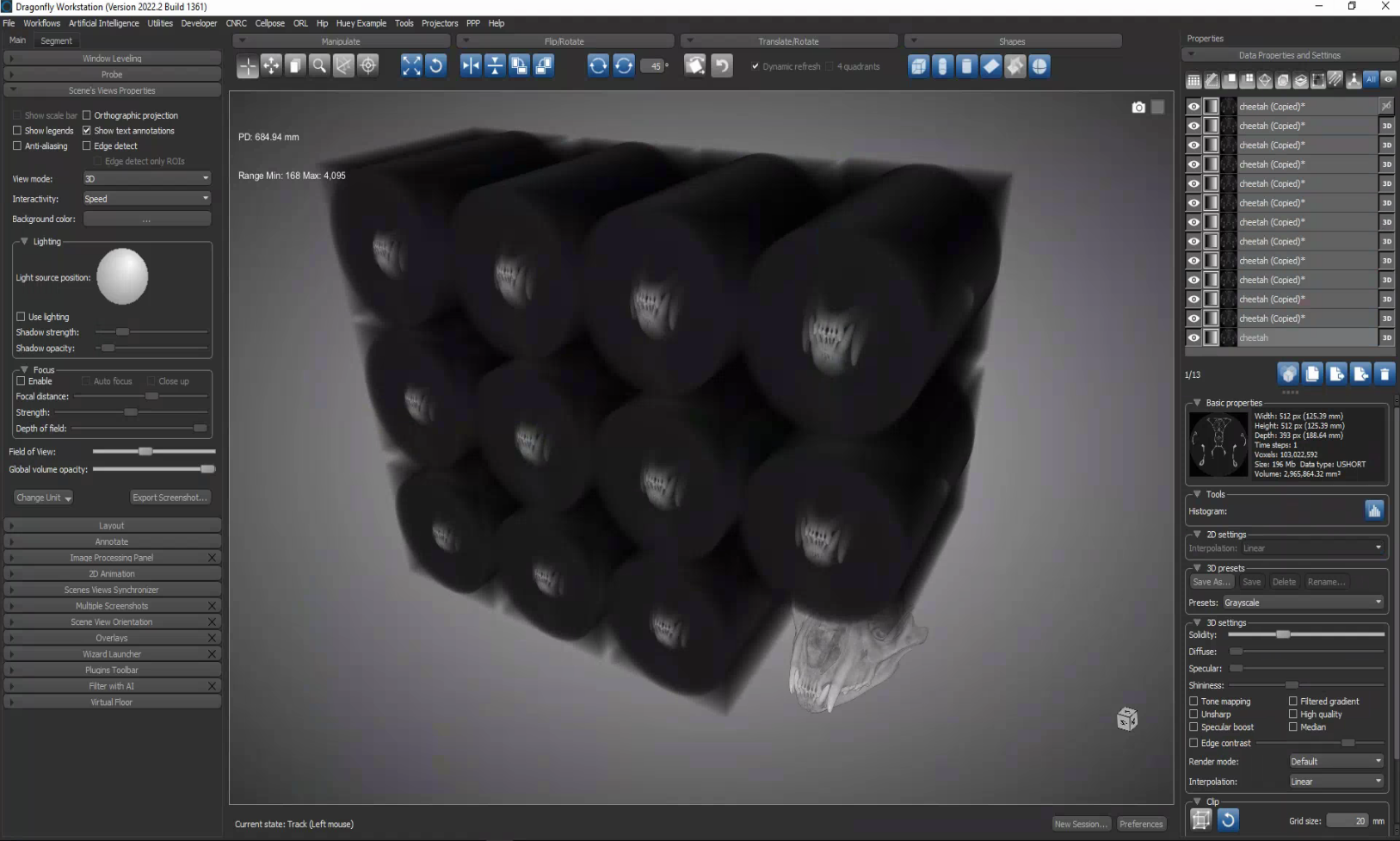 Z
Zixiong is the author of this solution article.

Did you find it helpful? Yes No

Send feedback
Sorry we couldn't be helpful. Help us improve this article with your feedback.